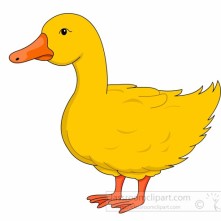 It’s getting to be that time of year again.  We’ll all be getting out our “fat pants”.  Don’t roll your eyes and pretend that I’m the only one that has two sizes of pants on hand, just for this season.  Now is when we start to ramp up and get ourselves in perfect position for a strong New Year’s resolution.

Here in America, we kick it all off with Thanksgiving.  According to tradition, most of us have a nice turkey, with all the trimmings.  The other day at work, my friend Ryan asked me if I’d ever heard of turducken.  I have heard of it, but it seems like quite an oddity to me.  Ryan said he was thinking about getting one for Thanksgiving this year.

I’m not that adventurous when it comes to food choices.  As it turns out, turducken is not that unusual.  It’s quite common in other parts of the world.  In case you don’t know, turducken is a turkey that’s stuffed with a duck that’s stuffed with a chicken. In some places they call it a “three bird roast”.   When doing a bit of research before writing this post, I came across many variations.  What do you think about a turbaconducken?  Would you like to have turporken this year?

I guess that some people aren’t crazy about plain old turkey.  Okay.  I am in the group that thinks that you shouldn’t fix stuff that’s not broken.  How far do we have to go to make things more interesting?  I saw one example of turducken that has a quail’s egg cooked inside.  I guess that the possibilities are only limited by your imagination.

My daughter-in-law, Amy, is a vegetarian, and so are her sons.  They are not having turducken at their Thanksgiving feast.  They are having tofurkey.  I’ve never tried it, but I haven’t had much tofu, the animal that tofurkey comes from, either.  I can’t say that I don’t like it.  It’s in that same unknown territory as turducken.

So, this Thanksgiving, I’m giving thanks for all the simple joys in life. I know each of us has so much to be thankful for.  There’s one thing in particular that I feel blessed with.  My son-in-law, Richard, is passionate about cooking a big turkey for us all!